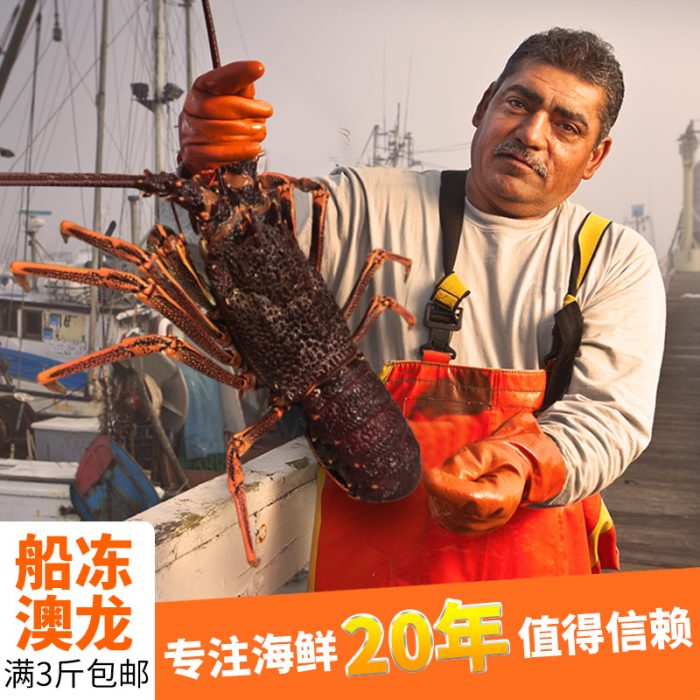 If the lobster barometer is anything to go by, demand at the top end of the Chinese market remains on the boil despite downgrades in China’s growth forecasts.

The biggest player in Australia’s most valuable wild-catch fishery continues to get top dollar for its live lobsters flown from Perth to China at times of peak demand, five years after it set out to take the trade to China’s red carpet.

Geraldton Fishermen’s Co-operative chief executive Matt Rutter said Chinese customers showed no sign of losing their appetite for “lucky” red lobster – known in China as longxia or dragon shrimp – which can retail for as much as $200 a kilogram during lunar New Year celebrations and so-called lucky days popular for weddings.

“We are fortunate that it is a limited-supply product that really only goes into the top end of the economy,” he said. “The economy in China is still going phenomenally well compared to the rest of the world so we are not particularly concerned about it.

“Certainly, there is strong demand for the product. People still want an Australian lobster on their plate for weddings and other celebrations.”

GFC, which has 300 fishermen members in Western Australia and dominates exports worth about $500 million a year, has transformed its supply chain under the China-Australia free trade agreement.

Only a few years ago, almost no lobsters officially were exported from Western Australia to China, but they ended up there via a flourishing grey trade through Vietnam that allowed Chinese importers to avoid tariffs.

The grey trade, which saw WA lobster exports to Vietnam top $300 million a year, has died out following the free-trade agreement hailed by fishermen as a big win for both Australia and China, which now collects value added tax on lobster.

The fishermen-controlled co-operative created history by becoming the first Australian business to hold and own live seafood on Chinese soil, he told the Australian Bureau of Agricultural and Resource Economics and Sciences outlook conference in Canberra on Wednesday.

It invested $20 million in an 80-tonne-capacity saltwater storage tank near Perth International Airport and now has landing hubs at Baiyun International Airport in Guangzhou, in Shanghai and Beijing, and a distribution network that allows it to deliver live lobster direct to customers’ front doors.

Mr Rutter said GFC had learnt the importance of staying nimble in China, where it has shied away from substantial investment in infrastructure.

“One of the biggest challenges in China is how quickly things can change. You have to be willing to accept the lessons you learn along the way and change tactics.”

WA lobster fishermen last month forced the state government into a humiliating backdown from its plans to increase the annual catch quota from 6300 tonnes to 8000 tonnes while quarantining 1385 tonnes for itself as part of a policy aimed at lowering domestic prices.

Mr Rutter said the size of the quota increase, now abandoned by the WA government, would have crashed the market.

Fishermen receive beach prices ranging from $50 to $100 a kilogram depending on spikes in demand in China and can choose when to take their boats out based on capturing the highest returns.