China Expects to Replace the U.S. as Largest Shrimp Importer 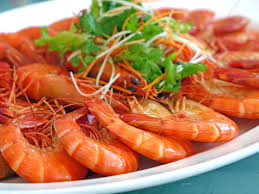 China is not only an important shrimp producer but also a significant importer in the global market. As statistics show, its shrimp output has increased slightly to reach about 1.3 million tons last year. Though the ratio of its output to global supply has dropped from the previous 35% to 26%, it is still the only one able to cultivate more than one million tons of shrimp.

Although China is the largest shrimp producer worldwide and the great popularity of crayfish in the past three years has taken a toll on the market, its import has been rising continually last year and is now closing the gap with America. According to insiders, it imported 650,000 tons in 2018, while the number is expected to exceed 800,000 tons this year.

During the first quarter of 2019, China’s legal imports ballooned and is now close to 80% of its last year’s total imports on paper, 161,800 tons. Apart from this, there are also changes to the import volumes by China’s various cities. Demand is very strong in its northern region and, for the first time, Tianjin has outrun Guangdong as the largest port regarding import volumes.

About five years ago, China’s domestic farmers supplied processing plants with shrimp they needed, but the situation is different now. These plants have to buy from overseas suppliers and Chinese customs has tightened security against border trade smuggling. This is good for foreign suppliers like Ecuador, which is said to have sold about 62% of its exported shrimp supply to China.

China, the U.S. and Europe continue to be important markets worldwide this year, according to media reports. And based on statistics of the first quarter, China will likely outpace the U.S. as the largest shrimp buyer. Its lower tariffs and operations against smuggling will benefit its legal import operations, and now it is also the only one worldwide having hosted an import exposition.

However, the situation is not so promising regarding exports. Last year, the export was estimated to be about 160,000 tons — about 1/4 of its import volume. Most exports are finely processed and with high value, and they are popular in markets with high labor costs like the U.S. But it is expected to contract this year due to the trade war. One clue is that the market was not as bustling as before around the recent Chinese New Year, and shrimp prices began to drop in the U.S