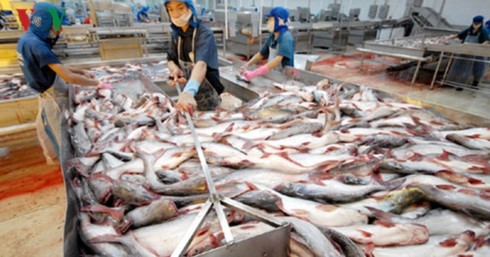 Due to the coronavirus, Vietnam was forced to temporarily halt seafood exports to China at the beginning of this year. However, with the situation getting better, its sales to the neighbor gradually rebounded, and this March has witnessed an obvious increase in some seafood exports.

For example, partly because of the measures Vietnam takes to raise trucks’ delivery efficiency, its frozen seafood exports to China has performed better from this January to March. Its export volume increased by 1.72% to 29,498 tons within the first quarter from that of last year. Meanwhile, the export value increases by 2.18% to US$71.12 million.

Regarding seafood species, its basa exports, for example, jumped to nearly US$13 million in the first half of this March from that of February. Though the export value to some other countries is likely to contract later this year, that to China is estimated to increase by 40% to 50% in the coming months if things go as planned, according to some insiders.

Meanwhile, tra exports reached US$13 million in this first half March. It is expected to further increase in the near future, and some even said the value may jump by as much as 50%. There will probably be greater demand for shrimp products, which have already witnessed an obvious increase in early April.

Vietnam’s seafood industry has encountered great challenges because of the coronavirus. For their survival, quite a number of industry participants have turned to China, whose demand is predicted to rise at a time when many other buyers either cancel or postpone orders. But not all can win in this neighboring market asking for better quality seafood.