Hongdao International Convention and Exhibition Center (HICEC) in Qingdao is the largest
and most modern exhibition center in Northern China.

HICEC is also located near the new Hongdao High Speed Railway Station. Completed in 2019, the Hongdao High Speed Railway Station is the terminus for the new Qingdao-Beijing and Qingdao-Shanghai bullet trains, which take just three to four hours travel time. By using a new expressway, downtown Qingdao can be reached from HICEC in just 45 minutes.  Using Metro Line 8, which stops at the north side of HICEC, downtown Qingdao can be reached in under an hour.

HICEC has 140,000 square meters of gross indoor exhibit space in 14 exhibit halls and a grand reception lobby of 6,000 square meters.  Approximately 50 meeting rooms of various sizes are seamlessly located throughout the facility.  HICEC is “Internet+” equipped with WiFi and RFID technology throughout.

As part of a global effort to rethink architecture’s impact on the environment, HICEC implemented several sustainability strategies in its design and construction. 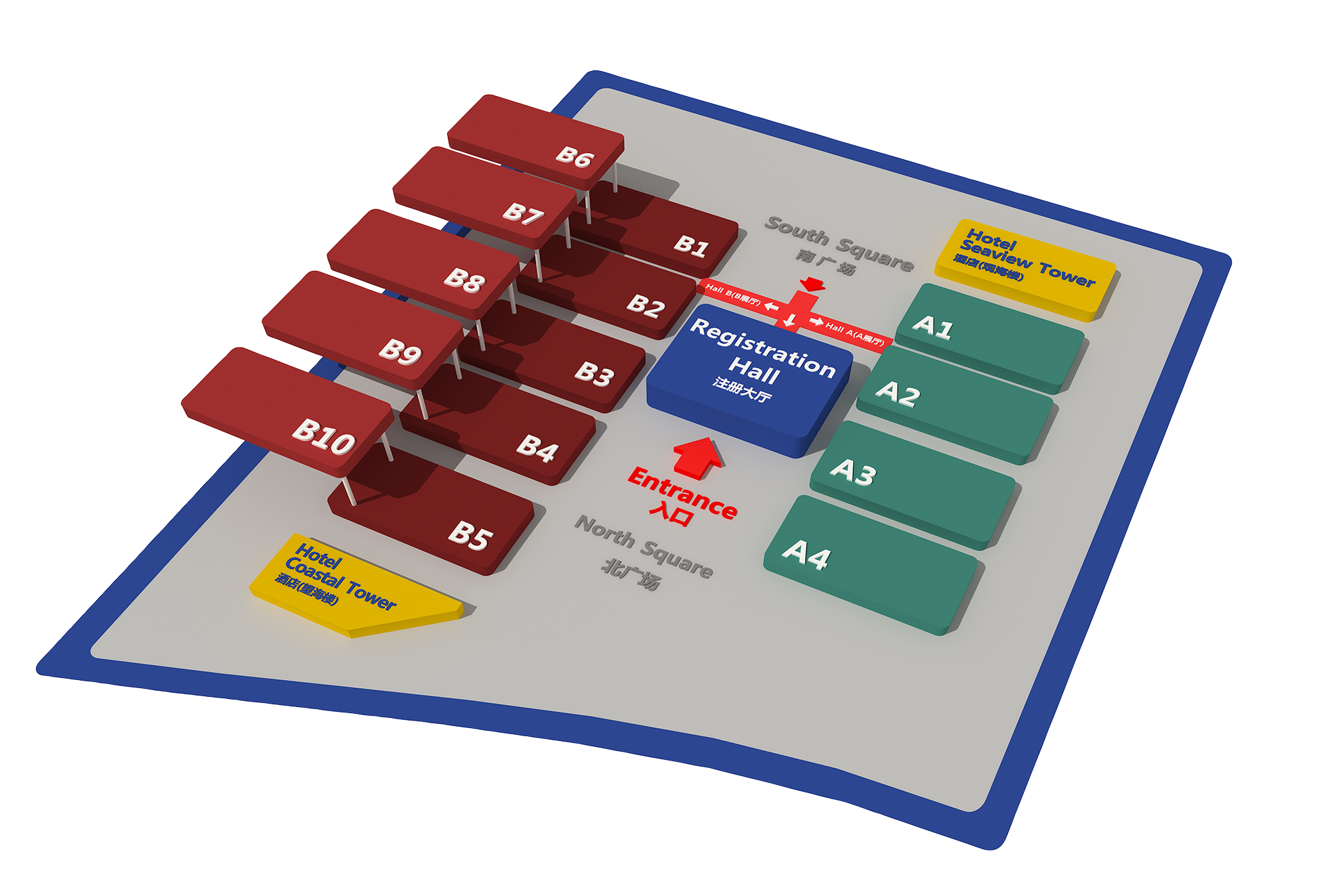