Boston Lobsters a Hit at Restaurants and Recent Festivals in China 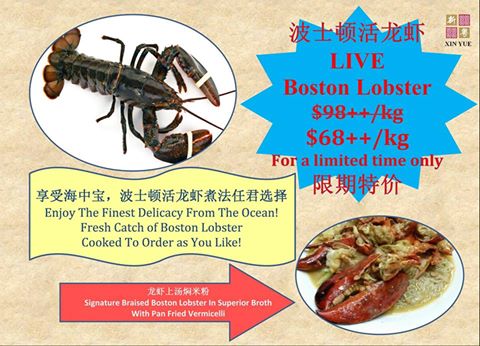 Seafood from overseas has suffered in the Chinese market as the country has shut down imports from some countries and companies due to the coronavirus pandemic, leading to public concern. As many markets are still waiting to recover from the downturn in demand during the pandemic, Boston lobsters are seeing a jump in sales since June, outpacing some other popular species in the country.

According to statistics from the Shanghai Jiangyang market, a main wholesale market of imported seafood in China, daily sales of Boston lobsters have reached about 60 to 70 tons now, which is about a 33% increase compared to the same period last year. These lobsters have beaten last years’ top two winners, Australian lobsters and king crabs, and become a popular choice during the recent festivals.

Though having lost the crown, Australian lobsters and king crabs are doing better than some others. As available statistics show, at present, the daily lobster sales are around 50 tons, 80% of last year’s record, while that of king crabs is about 48 tons, 90% of the previous year’s volume. The market’s total seafood sales are between 0.3 to 0.5 billion yuan per day.

Another noticeable phenomenon is that restaurants’ seafood processing service has also been increasingly popular there since this June. According to Shengxian, a popular restaurant inside the Jiangyang market, with consumers waiting an hour for chefs to prepare products they purchased from nearby stores. New England lobsters are also a winner in this area, with its processing volume said to make up 1/3 of the total.

One main reason for its great popularity is the pricing, said, one insider. Australian lobsters are sold at about 200 to 300 yuan/jin (1 jin=0.5 kilo), while king crabs are at about 150 to 200 yuan/jin. However, Boston lobsters are only priced at around 90 to120 yuan/jin, and one such lobster weighs between 1 to 2.5 jin. This means that consumers can enjoy a cooked Boston lobster dish in restaurants at 300 yuan or even lower. For most, this number is just too luring to resist.